Partnership Integrates Premium Content into Trending Conversations Around the World,
from Real-Time Sports Highlights to Red Carpet Livestreams and More

To bolster the two companies’ longstanding advertising and content partnership, this new collaboration covers Twitter markets globally, which spans the NBCUniversal Sky footprint worldwide. For audiences around the world, this partnership with Twitter means they can catch all of the iconic events shaping culture—and come together to discuss them in real-time—on one comprehensive social platform.

“With this strategic partnership, NBCUniversal’s leading video content meets Twitter’s worldwide reach, empowering marketers to connect with global audiences, while bringing consumers curated premium content on an engaging platform. The growth in digital viewing has been nothing short of explosive in recent years and together with Twitter, we’re helping our partners engage audiences in a brand-safe way—and shape key conversations as they unfold.”
– Krishan Bhatia, President & Chief Business Officer, NBCUniversal

Additionally, as part of the expanded agreement, Twitter will provide broader sales support for NBCUniversal’s advertising partners, which empowers global, national, and local marketers with even more ways to match premium content with engaged audiences.

“It’s the perfect time to expand on our long-standing partnership with NBCUniversal to bring more of their premium content to people on Twitter. From the biggest moments in entertainment, to can’t-miss sports action from around the world, to news events at the speed of Twitter, our collaboration will empower marketers to connect their brands to the conversation of our engaged audiences.”
– Jennifer Prince, Global VP and Head of Content Partnerships, Twitter

“We’re proud that our partnership with Twitter has grown to this global scale. As people increasingly turn to digital platforms like Twitter, we continue to expand the ways viewers can find NBCUniversal’s timely, quality content across entertainment, sports and news in English and Spanish.”
– Maggie McLean Suniewick, President, Business Development and Partnerships, Direct-to-Consumer, NBCUniversal

Since kicking off the partnership in 2013, NBCUniversal and Twitter have enjoyed significant growth and engagement. Total campaign growth has exceeded a 10x trajectory and in 2020, global video views for all NBCUniversal Twitter handles have grown 26% on average, alongside a 25% increase in campaigns year over year. And in late 2020, NBC Olympics and Twitter extended their innovative content partnership, working together to amplify NBC Olympics’ vast coverage of both Tokyo and Beijing.

Together, the companies are harnessing this growth, combining Twitter’s advanced targeting capabilities, mobile advertising formats, and expansive operational campaign support with NBCUniversal’s premium content to drive trending conversations and interactive advertising experiences around the world. The expansive deal is intended to build upon NBCUniversal’s global One Platform business offering, which reaches 160+ countries around the world. It also arrives on the heels of NBC Spot On’s digital inventory expansion for local marketers. 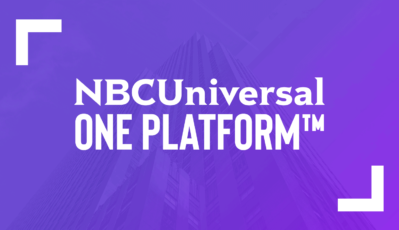