The Latin American Music Awards will broadcast live on Telemundo, taking place Thursday, April 21 starting at 7pm/6c, with a red-carpet pre-show both on the network and Twitter livestream followed by the awards at 8pm/7c from the Michelob ULTRA Arena at the Mandalay Bay Resort and Casino in Las Vegas, Nevada. Famed Mexican actress and host Jacky Bracamontes is back for the third time to host the “Latin AMAs,” while globally renowned actor and star of “El Señor de los Cielos,” Rafael Amaya, makes his “Latin AMAs” hosting debut alongside Chilean actor, television host and film and television producer, Cristián de la Fuente.

Returning to the iconic Latin American Music Awards, Garnier Fructis will shine a spotlight on the special winner of the Collaboration of the Year Award reminding fans they too can achieve A-list artist glamour with their legendary Fructis Sleek & Shine line. Plus, viewers won’t miss a moment from the show on Twitter thanks to Garnier Fructis.

For the first time, Topo Chico Hard Seltzer is sponsoring this year’s award show to both honor and toast the inspiring artists in Latin music. Tapping into NBCU’s picture-in-picture commercial innovation and sponsoring the show’s first livestream on Peacock, Topo Chico Hard Seltzer will keep audiences engaged and up to date on all the major performances and wins of the night.

Returning to the Latin AMA’s stage, Toyota takes viewers on a musical journey of discovery and adventure with Latin singer songwriter and New Artist of the Year award nominee, Jay Wheeler at the wheel of the first-ever 2022 Toyota Corolla Cross. Inspired by the vehicle’s distinctive styling and versatility, Jay goes on a road trip to his destination, all the while being reminded of the signs that led him to this moment in his musical career. Viewers will have an opportunity to watch the exciting journey in the Corolla Cross during the awards show airing on Telemundo and streaming on Peacock for the first time, in partnership with Toyota.

Verizon will highlight the power music has in bringing culture, stories and people together all night long. Through pre- and post- show livestreams on Twitter, Verizon will cheer on the New Artist of the Year award in a special way and make sure fans everywhere are at the very center of the excitement.

This year Vrbo will bring many firsts to the biggest stage in Latin music. The family travel leader joins the awards as a first-time sponsor to debut their first US Hispanic campaign to audiences tuning-in. In addition, viewers will not miss a beat of the action with pre- and post-show livestreams across Twitter thanks to Vrbo.

For more information, visit the official website of the 2022 “Latin AMAs” at LatinAMAs.com. For the latest news, be sure to follow the “Latin AMAs” on social media and join the conversation by using the official hashtag #LatinAMAs.

NBCUniversal Telemundo Enterprises leads the media industry in the production and distribution of Spanish-language content for U.S. Hispanics and audiences around the world. The company serves the full spectrum of U.S. Hispanics through its national broadcast network, the cable network Universo, and digital platforms including the Telemundo app and streaming services, such as Peacock, among others. The Telemundo Network offers Spanish-language entertainment, news, and sports content reaching 93% of U.S. Hispanic TV households in 210 markets through 30 owned stations and 56 affiliate stations. Telemundo also owns an independent station serving Puerto Rico. Telemundo is the exclusive U.S. Spanish-language home of the world’s two most popular sporting events, the FIFA World Cup and the Olympic Games, as well as the Premier League and Mexican soccer team Chivas. The #1 producer of scripted Spanish-language content in the U.S., Telemundo Global Studios includes Telemundo Television Studios, Telemundo Streaming Studios, and Underground Producciones. Telemundo’s new Tplus content brand will launch on Peacock later this year, featuring programming developed for viewers who consider themselves both 100% American and 100% Latino. NBCUniversal Telemundo Enterprises is a division of NBCUniversal, a subsidiary of Comcast Corporation. 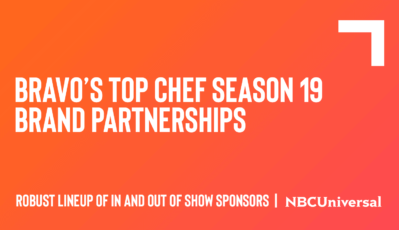 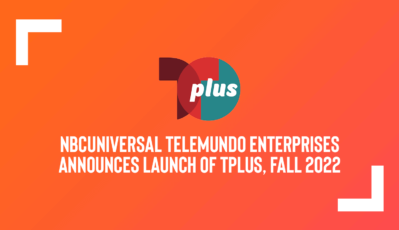 Save This
NBCUniversal Telemundo Enterprises Introduces Tplus, First Content Brand To Serve The Full Spectrum Of U.S. Hispanics To Launch In Fall Of 2022