Based in New York, Ethan Arpi leads Instagram’s product marketing team for shopping, overseeing business strategy and marketing initiatives. Prior to his current role, Ethan lead Instagram’s small and medium business efforts and worked on brand strategy at Ogilvy and Mather. He holds an MBA from Columbia Business School.

David Clark is general manager of FreeWheel, a Comcast Company. He is responsible for the strategy and direction of the global organization, which provides advertising software and solutions for the entire television ecosystem. In this role, Dave oversees all business divisions, solving the business challenges of both marketers and publishers. He also oversees internal functions including finance, marketing and human resources. Dave is leading FreeWheel’s efforts to unify the digital and linear TV landscape and manages the development and deployment of innovative technologies serving publishers, advertisers and agencies.

Mónica Gil is Executive Vice President and Chief Administrative and Marketing Officer of NBCUniversal Telemundo Enterprises, the leading media company serving the 60 million Latinos living in the U.S. In this role, she is responsible for the operations, growth marketing, and strategy and insights for the company. Additionally, Gil oversees Corporate Communications, Corporate Affairs, Government Affairs, Corporate Social Responsibility and Diversity, Equity and Inclusion efforts. She reports to Beau Ferrari, Chairman, NBCUniversal Telemundo Enterprises, and plays a key strategic and operational role on his executive team.

Jeff Green is the Founder, CEO and Chairman of the Board of The Trade Desk, Inc., a technology company that empowers buyers of advertising through data-driven decisioning. Hundreds of billions of impressions are bought on The Trade Desk platform every year by leading agencies and brands.

Charlie Herrin serves as Executive Vice President and Chief Product Officer for Comcast Cable. In this role, Charlie oversees the Product & Technology and Customer Experience teams to ensure millions of Comcast customers are delighted with an innovative, simple, easy, and consistent end-to-end experience every day. The teams he oversees are focused on delivering best-in-class products in three key areas, including Digital Home, Entertainment, and AI & Discovery, as well as providing a personalized and seamless customer experience.

Rashida Jones is President of MSNBC, the premiere destination for breaking news, award-winning journalism, in-depth analysis and informed perspectives. She is responsible for oversight of all programming, editorial units, business development and technical operations.

Ryan McConville serves as EVP, Advertising Platforms & Operations at NBCUniversal. In this role, Ryan leads a team dedicated to developing technology-driven strategies to support the future vision of the Advertising & Partnerships division. He is also responsible for overall product management including developing and executing the product roadmap across all ad tech solutions, integrations, systems, and platforms. He reports to Krishan Bhatia, EVP, Business Operations & Strategy.

Lyssa McGowan was appointed Sky UK’s Chief Consumer Officer in 2019, with end-to-end responsibility for Sky’s consumer businesses spanning TV, Broadband and Mobile, as well as overarching brand positioning and customer growth. Lyssa has been at Sky for almost a decade, previously holding the roles of Chief Commercial Officer and MD Communications Products. Prior to this Lyssa held roles at Telewest and with McKinsey’s TMT Practice and has an MBA with High Distinction from Harvard Business School.

In the last decade, Moore has built his career at the intersection of content and commerce. He has servedas a product leader for startups, innovative mid-sized companies, and Fortune 500brandsdedicated to creating innovative consumer experiences, world-class e-commerce platforms and top online media properties.

Jennifer is currently the VP and Head of Global Content Partnerships at Twitter after 7+ years leading Media & Entertainment partnerships. Prior to joining Twitter in August 2013, Jennifer was Head of Industry for Film & Television at Google and YouTube. Earlier, Jennifer was SVP of Advertising at Demand Media where she launched their Ad Sales business and helped the company through its IPO. Jennifer has spent 23 years in digital partnerships.

Chairman of Entertainment Content at NBCUniversal Television and Streaming

In her capacity as Chairman, Rovner oversees content teams tasked with development and current programming for scripted, unscripted, late night and specials. She also leads first-run syndication, which produces seven shows including the Emmy nominated “The Kelly Clarkson Show.”  As the head of content, Rovner manages key relationships with studio partners, both internal and external, as well as showrunners, producers and creative talent.

Previously, Shell was Chairman of NBCUniversal Film and Entertainment.  In this role, he oversaw the content creation, programming and distribution engines behind NBCUniversal’s film and network television businesses including NBC Entertainment, Universal Filmed Entertainment Group (UFEG), Telemundo and NBCUniversal International. He was also responsible for driving the extensions of the company’s intellectual property and consumer product strategy with Universal Brand Development, as well as the expansion of the go-to destination for moviegoers with Fandango.

Chairman of Direct-to-Consumer & International at NBCUniversal

Matt Strauss was named Chairman, Direct-to-Consumer and International in August of 2020. In this role, Strauss is responsible for all aspects of Peacock, NBCUniversal’s streaming service; Fandango, a global digital network serving more than 67 million monthly visitors with best-in-class movie information, ticketing, trailers, home entertainment, and fan merchandise; and International Networks, a division that delivers quality content and compelling brands to over 176 territories across Europe, the Middle East, Africa, Latin America, and Asia Pacific. He reports to Mark Lazarus, Chairman, NBCUniversal Television and Streaming.

Casey Wasserman is the Chairman and Chief Executive Officer of Wasserman, a leading sports, entertainment and lifestyle marketing and management agency that represents brands, properties, and talent on a global basis. He is also the Chairperson of the LA28 Olympic and Paralympic Games, a position held since 2014 when Los Angeles Mayor Eric Garcetti appointed Casey to head the city’s successful bid campaign. Casey also serves as the Los Angeles Super Bowl Host Committee Chairman for Super Bowl LVI in 2022.

Behind any show, on any screen, there’s an entire economic infrastructure at work. No person has had a bigger hand in shaping it than Linda Yaccarino. Every day, she continues to transform the $70 billion television industry.

Since joining NBCUniversal in 2011, Yaccarino has rebuilt its advertising business for the 21st century by bringing together individual network teams to create a united monetization strategy.

As Chairman of Global Advertising and Partnerships, Yaccarino manages over $10 billion in revenue annually and connects established and emerging brands to hundreds of millions of viewers—driving economic impact for her company and for entire industries. Yaccarino oversees all Global, National and Local Advertising Sales and Partnerships, Ad Sales Marketing, Strategic Initiatives, plus is spearheading a new cross-company Data Strategy effort. This is part of Linda’s continued focus to serve all audiences on all screens, creating a single, scaled advertising offering for businesses of all sizes, no matter where they operate — locally, nationally, or globally. 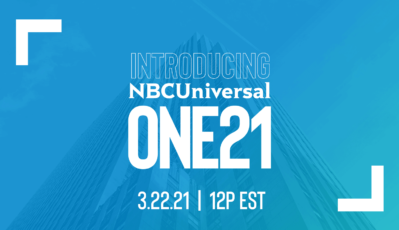